Regarding the collect data phase, we created a labeling methodology based on region growth. For this, we need to give the function a seed point, from which the function will propagate until a chosen threshold to find the limits of the calibration pattern. This seed points is initially given by an interactive marker in RVIZ that can be placed overlapping the pattern. In the following frames, the seed point will be automatically calculated by the centroid of the detected pattern in the previous frame, assuming that the pattern does not move fast enough that the centroid of the previous frame would not overlap the pattern in the current frame. 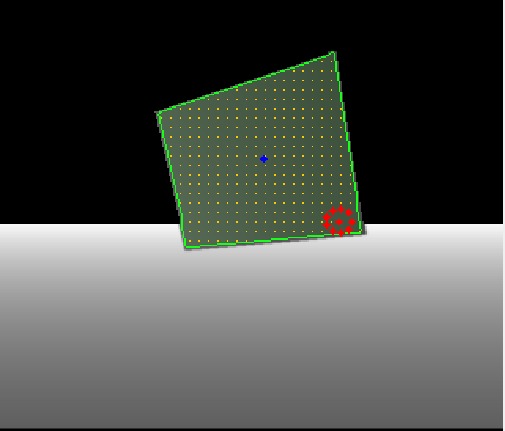 To facilitate the process of placing the interactive marker correctly, we added the visualization of the cameras's frustum to RVIZ, which allows us to see the 3D space covered by the camera. 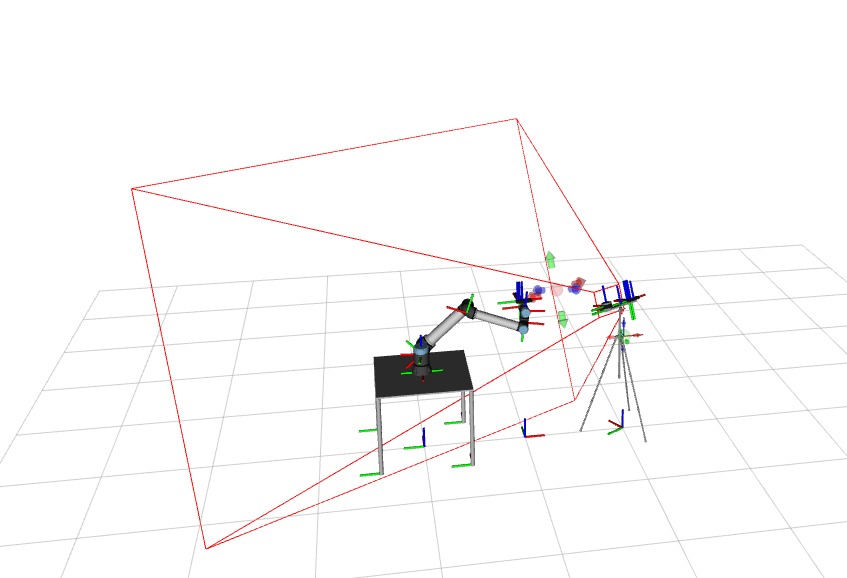 For the calibration phase, we need to load back the values of the detected points, whose indexes were previously stored in the dataset, and convert them to the camera coordinated system, in meters, using the camera pinhole model. This is possible because the Z coordinate is already known (its the value of the pixel in the image). By comparing these coordinates with the coordinates of the pattern in the camera's frame, we can obtain the orthogonal and longitudinal errors, that are used as residuals to optimize the calibration. The calibrator was also adapted to give the option of sampling the depth data to make the calibration faster. 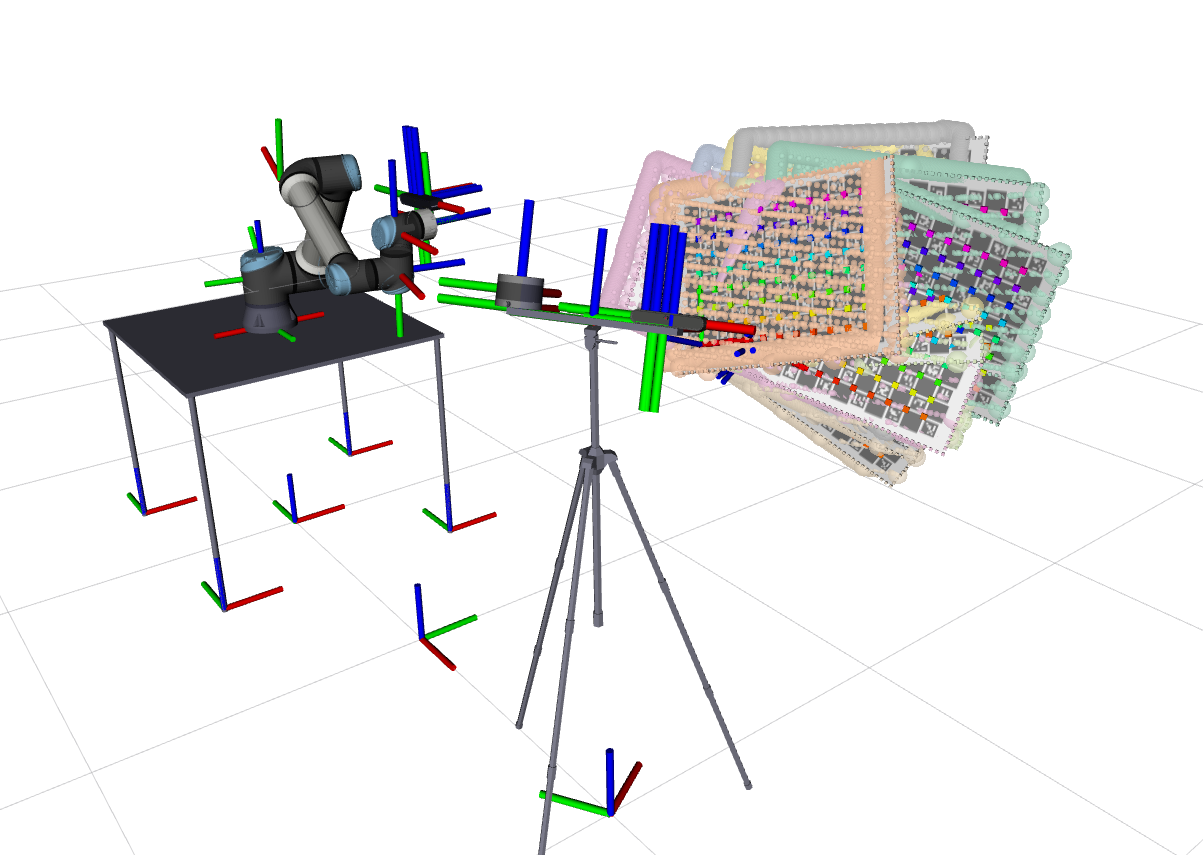 Chessboard being poorly detected in RGB with lower resolution - closed

Should the seed point for depth labelling be updated automatically as in LiDARS or always given by the interactive marker? - closed

Calibrating a simulated system with RGB, LiDAR and Depth - open

Calibration taking too much time between iterations - open

Create one file with a function for each component of the objective function. - open

Check if nig is being applied to the anchored sensor - closed