We noticed an inconsistency with the RGBD camera calibrations where there was a disparity between the ghost (real position of the camera) and the position of the calibrated camera, as showed in the image above. This problem was caused by the astra gazebo plugin, that was associating only one frame to both the rgb and depth components. 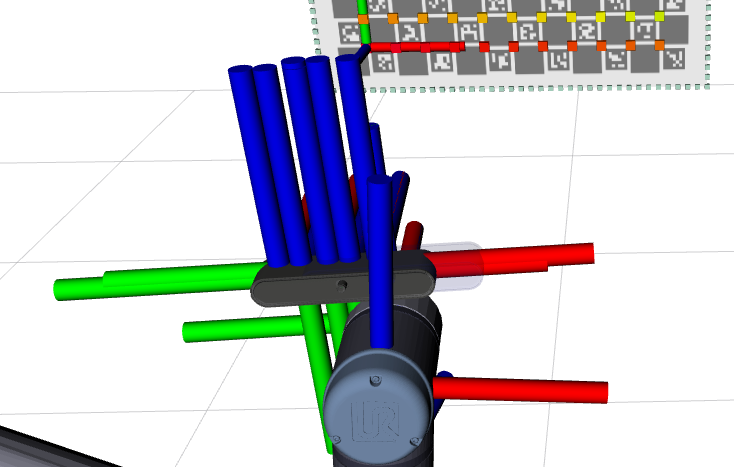 To solve this, I had to reformulate the gazebo astra plugin to have two separated components: the rgb component from the depth plugin was eliminated and this component was associated with the depth_frame. Then, I created a new component in a separated gazebo plugin that only had the rgb camera, associated with the rgb_frame. The image above shows the ghost on top of the calibrated sensor after this problem was solver. 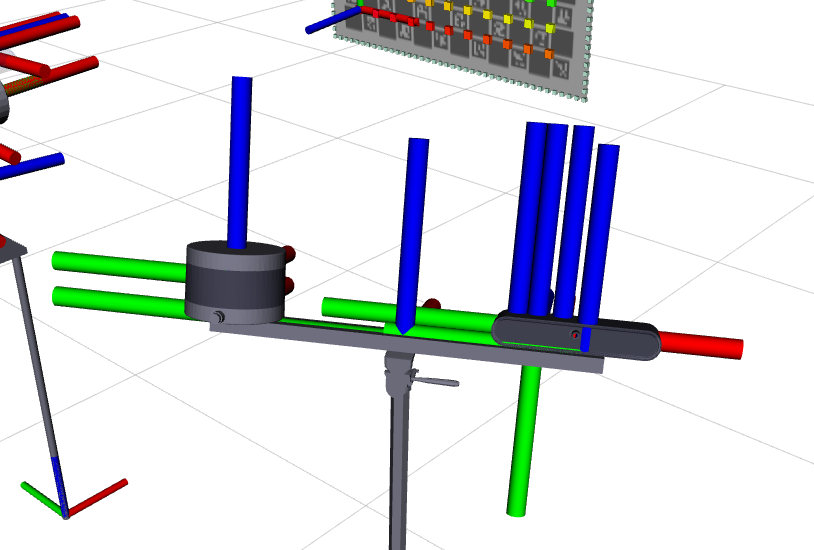 To note that this problem was causing errors in the simulated calibration and would prevent us to add the depth component of an RGBD camera to ATOM's framework, because both the RGB and depth components were being published in the same frame (and consequentially, one would always have a displacement), so there was not two separated coordinated systems to calibrate each of the sensors.